In a comprehensive and hilarious rant, John Oliver, with the help of Just Eat It excerpts, recently broke down the magnitude of food waste in the US for his viewers on HBO.

His medley of jokes between media clips, and hard hitting facts that portray the scary reality of food in America, captured North America’s attention. The seventeen minute clip caused a ripple in media; stories appeared in Rolling Stones, TIME Magazine, Daily Mail in the UK, the Business Insider, and many more. 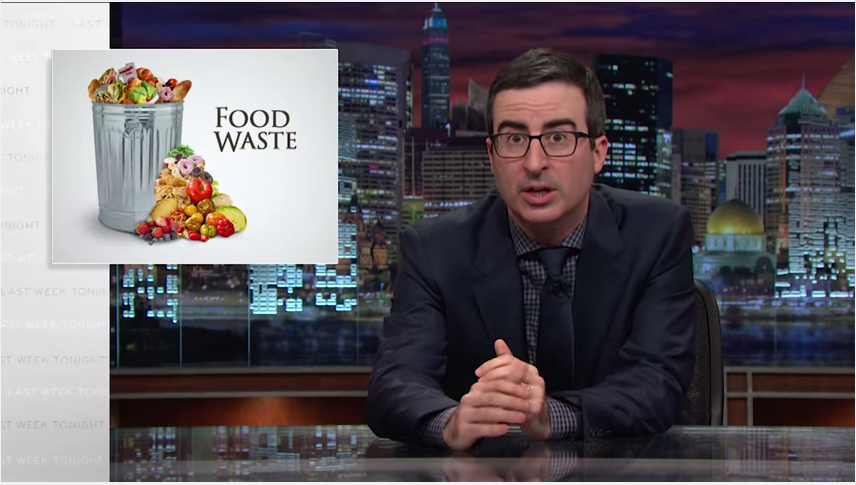 John’s analogies such as saying that “Food waste is like the band Rascal Flatts: It can fill a surprising number of football stadiums even though many people consider it complete garbage,” resonated with the wide audience it reached, including those who were familiar with this topic, and those hearing it for the first time. We love that he managed to touch on household level action, policy, arbitrary labels, aesthetic standards, inequalities and solutions to address food waste, and, most importantly, to be funny while doing it. Not easy in a short time!

Thank you, John Oliver, for making us laugh while sharing important information on our favourite topic!

Can you spot the clips from Just Eat It? Watch the feature on Last Week Tonight here: